That is how it usually sounds. But for me it´s has just begun.

Little more than a week has past sins I came to the island, for my first season-job.

The first days was a little like a weekend, I just walked around and explored the city of Palma to get to know me new homecity. Wich abruptly ended after a meeting with my new boss.

Sins the meeting, besides from the obvious paper and mailwork, I have explored the island, and especially it´s GR-rout, wich is numbered 221, and is one of many hikingrouts thru out Europe, associated with GR- (Grand randonnée)

Every day I´ve had a new rout or part of the GR221 to explore, and are going to have until the first of April, when the first guest are comming, that I am going to guide along the GR.

At first I thought that mallorca would be a quite flat island, sure some hills you´ve seen when going with the bus to different places bur nothing dramatic.

This was a picture from when I first went to the island for holiday with my family as a kid.

But after this week I can contradict this with the opposite.

After hiking up and down thru woods, hills, and passages where it nearly would be nessesery to use climbinggear or at least have a climbingrope and harness with you, just in case. I´m soon ready to take out our first guests and my first guided group, as a certified mountaineerguide.

This last week has more or less consisted of getting up and down ”mountains”, or more big hills if you comparing with the mountains in Nepal.

Now I hope for some quite time and that the last day of reconnaissance going to be quick and peacefull so I can use the time to plan out and go thru the layout for the first guest tour, wich comes on saturday. 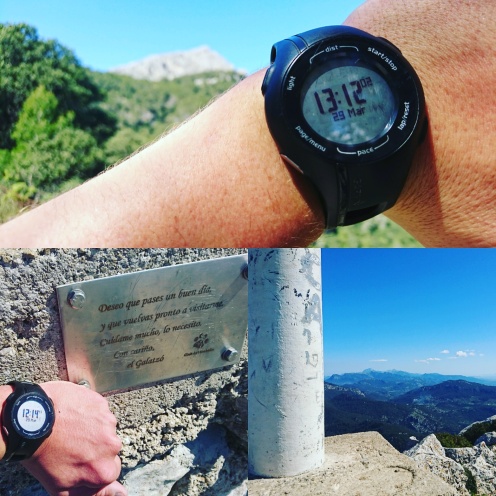 Finish off with some topview pics from this week.

This site uses Akismet to reduce spam. Learn how your comment data is processed.